It isn’t just about the KKK

Most white, U. S. North Americans associate the term “white supremacy” only with avowed hate groups like the ku klux klan, aryan nation and militia groups. Dismantling racism demands recognizing that societal and institutional  standards and values in the United States are rooted in a culture-wide belief in white supremacy. In this workshop participants will work together to identify white supremacist cultural norms, the resulting white privileges, and potential actions toward racial justice.

This interactive, one or two day workshop is designed for up to 30 people who have already had previous racial justice training. 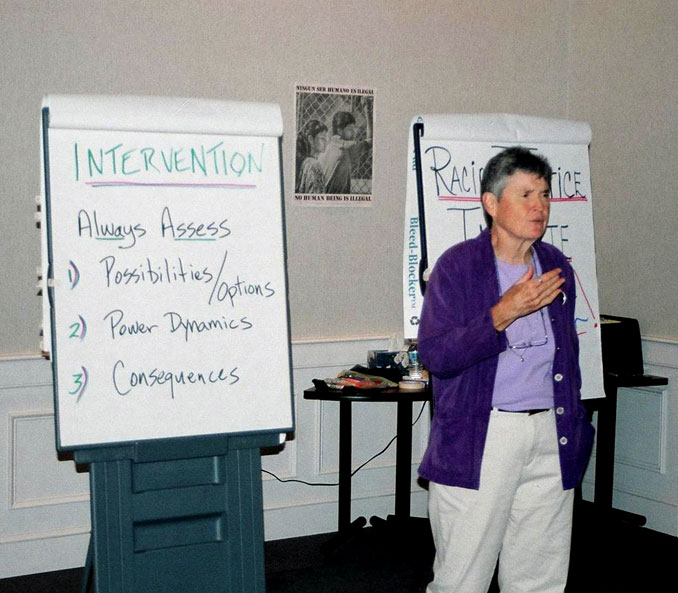 It doesn’t matter if I am a card-carrying member of the Ku Klux Klan or an active anti-racist, my white skin grants me privilege EVERY day – whether I am aware of it or not – regardless of my intent.