Internalized sexism is defined as the involuntary belief by girls and women that the lies, stereotypes and myths about girls and women that are delivered to everyone in a sexist society ARE TRUE. Girls and women, boys and men hear the sexist messages (lies and stereotypes) about women over their entire lifetimes. They hear that women are stupid, weak, passive, manipulative, with no capacity for intellectual pursuits or leadership.

There are two logical, predictable consequences of a lifetime of such messages. First, boys / men will grow to believe many of the messages, and treat women accordingly. They will be thoroughly indoctrinated into their role in sexism, protecting their male privilege by colluding with the perpetuation of sexism.

But there is a second logical consequence – the same messages also stick to girls and women, resulting in internalized sexism / internalized misogyny. Women and girls are taught to act out the lies and stereotypes, doubting themselves and other females (sometimes called “horizontal hostility.”) This is the way women collude with the perpetuation of sexism.

For the sexist system to be maintained and passed on to the next generation, we all must believe the messages (lies and stereotypes) to some degree, and collude with sexism by performing our assigned roles.

Most progressive, non-profit organizations, whether in human services or social change, recognize that their mission cannot be completely fulfilled until all forms of oppression (racism, sexism, heterosexism, classism, ableism, anti-Semitism, et al) are addressed. Many of these same organizations, however, do not recognize the forms of internalized oppression that interfere with accomplishing their missions.

Women’s organizations, in particular, must take conscious action to recognize, acknowledge and interrupt internalized sexism / internalized misogyny as it affects individual women and the organization as a whole.

This workshop encourages women to recognize and examine the harmful impact of a lifetime of sexist messages on their own self image, as well as their attitudes toward other women. Exercises and skills are offered to affirm women, women’s skills and to challenge internalized sexism, in our own lives, for girls in our lives, and in our women’s organizations.

Upon successful completion of the INTERNALIZED SEXISM WORKSHOP participants will: 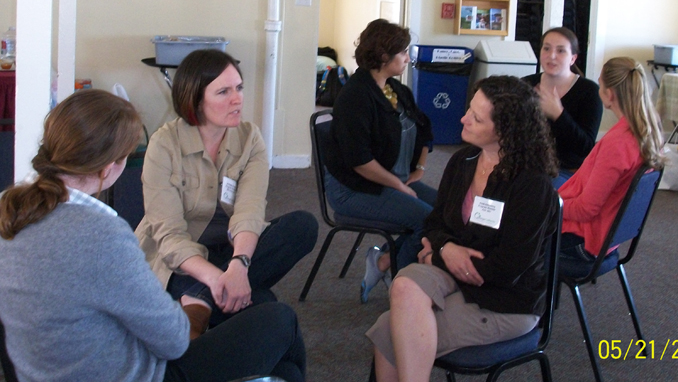 The “When I Doubt Myself and other women” workshop offers women an intense, personal and interactive experience with opportunities to examine, question and challenge the harmful impact of a lifetime of sexist, misogynist messages on their own self image and their attitudes toward other women. Exercises and skills are offered to affirm women, women’s skills and to confront internalized sexism.

No woman, or women’s organization, can avoid the challenges presented by internalized sexism. Internalized sexism is defined, at its most basic level, as “the involuntary belief BY women and girls that the sexist lies, stereotypes and myths ABOUT them are true.” Some of the results of this involuntary internalization process are self-doubt, self-hate, self-censorship, plus doubt or mistrust of and competition with other women. Internalized sexism results in women’s collusion with sexism and male supremacy.

There can be devastating consequences for individual women and women’s organizations who do not challenge internalized sexism.

Organizations who have sponsored this workshop: 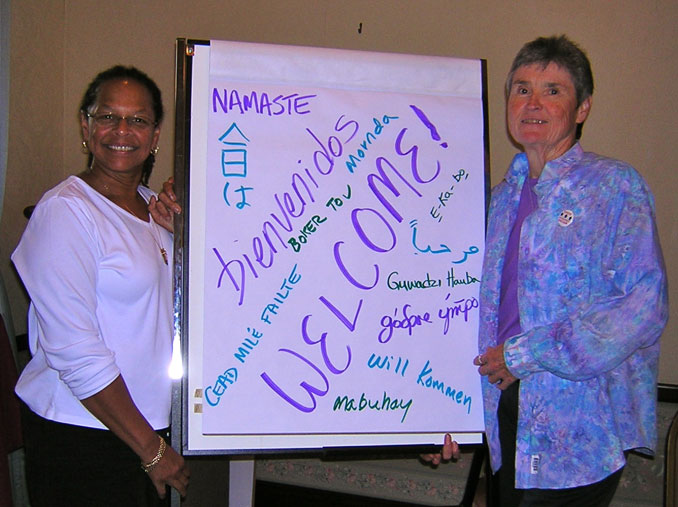 How blessed we are to have these women with us, and what challenges they’ve given and awakened in us to be more purposeful and act with intent – and not with our heads in the sand.

This was such a revitalization for the “empowering women” work we do.

The focus on internalized sexism helped me understand the concept and how it affects my opinions, perceptions and the way I deal with others.